Historical foundations: Iain J. Christopher and the Discovery of the Writing of Elias Koenig

It goes without saying that The Hidden Histories would not exist without the efforts of historian and editor-archivist Iain J. Christopher and of course, the man who originally compiled most of these materials in the first place: Elias Koenig.

In January of 2001, Iain J. Christopher was working as an untenured adjunct in the history department at C. William Halberd College in Avalon, NY when Mrs. Dorothy "Dottie" Fischer called the department to have some materials appraised.  Normally, such callers are referred to the local historical society, but as the department had recently accepted Iain's application to begin doctoral study concentrating on "History and Locality," his department chair offered Iain the opportunity to examine the documents to see if there was anything of historical interest.  Iain accepted.

​​What he discovered remains to this day one of the most unusual and highly disputed troves of "Virtual History" uncovered to date.  ​​

Elias Koenig was, and remains, a fairly elusive figure.  A single family photograph, a tintype, survives, along with his extensive collection of 'historical' writings.  But no birth or death records could be found, nor any business entries for the law practice that Dottie's husband, Oliver Koenig Fischer, claimed that his father once ran.

After much looking, Iain did find another property south of Avalon on Iroquois Lake that was once owned by Koenig.  Known locally as Glen Hollow, it has been empty for a number of years.  Only recently emerged from probate, Iain and his co-author have been making efforts to work with the Avalon Historical Society to renovate the home.  ​

Glen Hollow on Iroquois Lake, once owned by Koenig 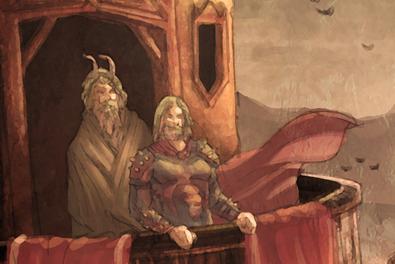 "On the night  I walked through the village of Avalon toward Mrs. Fischer’s house, snow was falling, drifting over the dormers of gabled windows, reflecting in the melancholic panes of Victorian homes. Cupolas stared out from above the shoulders of the rooftops. Below them, I walked the empty streets astride two worlds.  The tracks I left behind, marking the path which led from the world I was departing, were being slowly filled by the gently lowering flakes. Gradually, they would become only the faintest impressions of footprints, greying away until they were but a memory, the last trace of a man’s passing.  Before me, a world even less distinct was just beginning to suggest its presence. As a historian at the beginning of his career, my future lay entwined with the pasts of others, and I was fully prepared to turn my back upon my own in order to pursue them.  In fact, I had been readying myself for this moment for most of the past ten years, though I had not fully recognized it until that night. That night I was passing from the land of the living into the Land of the Dead, and Avalon itself was the only witness, watching impassively as it had for nearly two centuries, as winter drew down a veil upon the night."

from the Introduction to

Hidden Histories of the Four Worlds 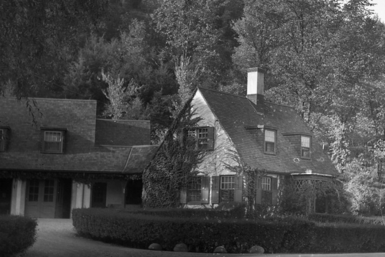 This picture of Elias Koenig, the only one known to exist, was found amongst the extensive archive preserved by his son, Oliver Koenig Fischer. 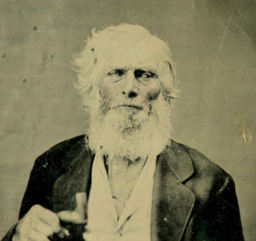