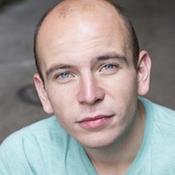 Christopher Jon Bennem fell in love with books and fantasy at the same time beginning with his reading of The Hobbit when he was six.  His lifelong career in books began in earnest when he became the buyer/manager in charge of science-fiction and fantasy at his local independent bookstore, a position he held throughout his college years.  Graduating first in the Department of English with a concentration in Creative Writing, after studying with authors such as Nancy Kress, Stephen Donaldson, and Connie Willis, Christopher indulged his love of antiquarian books by working in the Rare Books Department in Dillon’s in London and a string of antiquarian bookshops in the states before embarking on a twenty-year long career in publishing.  This career would span everything from selling trade titles for Ballantine/Del Rey to ultimately being an editor and publisher working with some of the foremost teachers of Composition and Writing in colleges and universities across the country.  But throughout this time, his first love of fantasy was never far away, and he would devote his spare time to creating the characters and places that would eventually become The Four Worlds of Qapar.  Today, when he is not writing, Christopher splits his time between being a freelance editor and renovating Glen Hollow, the Finger Lakes home of writer-recluse Elias Koenig.

Iain J. Christopher was an inveterate fantasist from an early age, and discovered a love of gaming that would accompany his study of art and history throughout college.  But it was Iain’s ground-breaking research on the Epic of Gilgamesh that would bring him to the School of Oriental and African Studies in London where he would get his PhD and publish his first monograph, Myth and Ideations of Place: Forms of Divine Rule from Ancient Sumer to Contemporary Syria. Iain’s work on the intersections between religious and political movements and institutions brought him to Avalon, New York (which lay at the crossroads of numerous such movements in the early to mid-nineteenth century) and The Center for Spiritual Studies at C. William Halberd College.  Here he would publish the now famous and controversial series of articles that began with “Recontextualizing the ‘Virtual’ in Virtual History: The Case of Elias Koenig.” 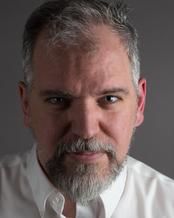