of Qapar with author / historian

Ian J. Christopher's discovery of the 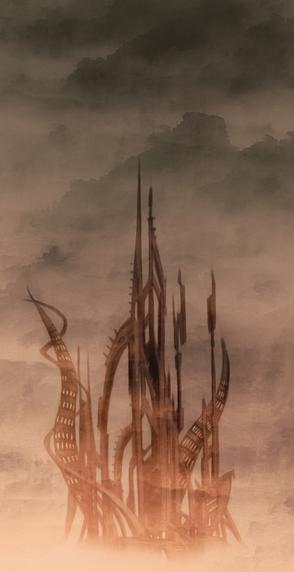 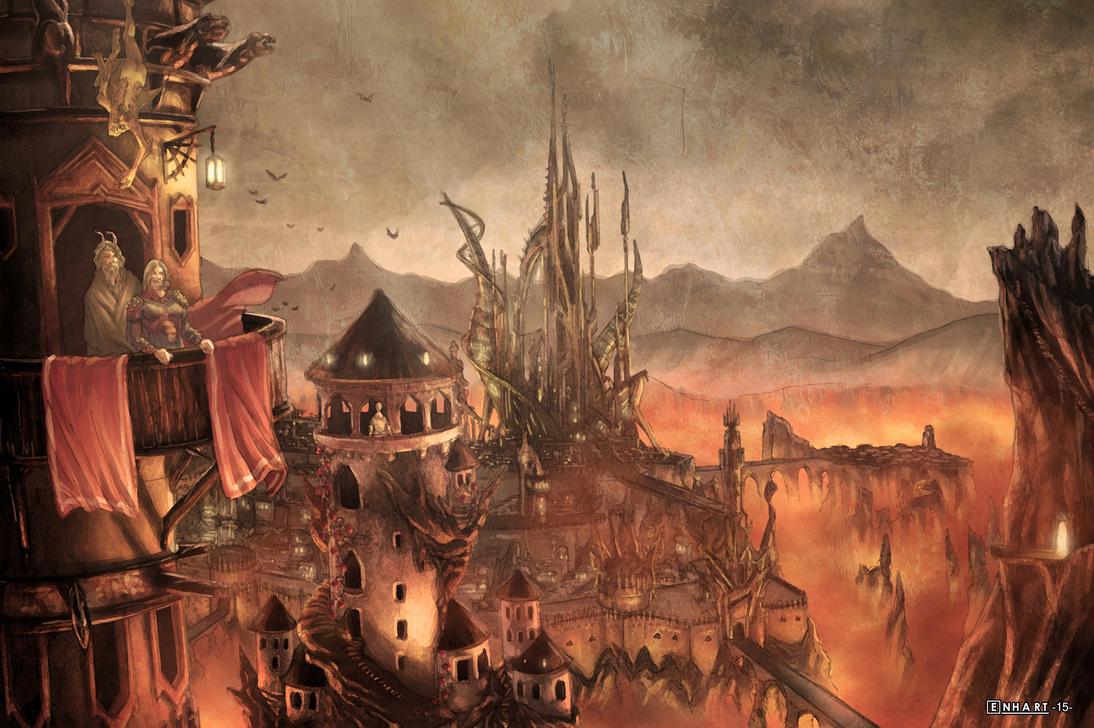 "Hidden Histories of the Four Worlds" is a new multi-volume epic that is in early stages of development by author / editor Christopher Jon Bennem and co-author / historian Iain J. Christopher.

In addition to information about the book, the authors, and the artist, explore the site to discover ongoing updates about the project, original content, blog postings and more.

Volume 1: The Name of the Father

These are the Things Which are Known:

At the heart of the Northern Domains, the crooked towers of Nefyrphanx rise out of the mists like the Sleeping God rising from his place of rest.  This is the seat of power for the D'werkin: a people ruled by brutal Warthanes who worship gods of Madness, Love, and Eternal Night.  Locked in struggles that seemingly have no end--a war with the southern kingdoms who proclaim that there is only One God--constant plotting by competing lords of the domains--uprisings from the cult of the Bloodholven--this Empire without an Emperor tilts between the powers that seek to rule it, and those who would destroy it.

Trying to find his own place in this hostile world is young Rho. The children of temple courtesans, Rho and his friends belong to a class that those striving for power in the shadowy halls of Nefyrphanx would prefer to forget.  But Rho's chance meeting with the powerful and inscrutable homunculus, Krewkrie, sends him on a winding journey through the passages of The Crooked Palace, passages that he soon discovers twist through time as well as space.  In seeking the truths of their own hidden histories, Rho and his friends inevitably uncover secrets that the powerful would prefer to remain in shadow, threatening everyone they know and love.

A fable told on an epic scale, The Name of the Father invites the reader to embark on a journey in which light and shadow are not always simple proxies for good and evil.  Set in a chiaroscuro world amid a people striving to discover, or become, the next Baen Gar--The Lord of Night--readers will navigate a unique land, in which the unformed future seeks to rewrite an unstable past, where the familiar is transformed into the unexpected, and where the races of four worlds struggle to discover the destiny that awaits them at the End of the Last World.