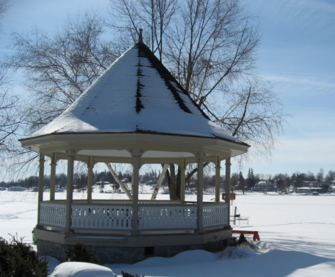 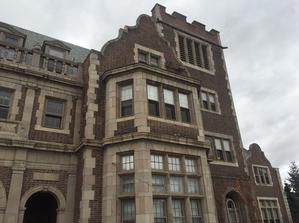 Once a great center for performing arts, Avalon's Center Street Theatre still stands, converted now to a movie theater.  Today, residents enjoy the sounds of live music performed in the gazebo on the lawn of the town square not far from Iroquois Lake. 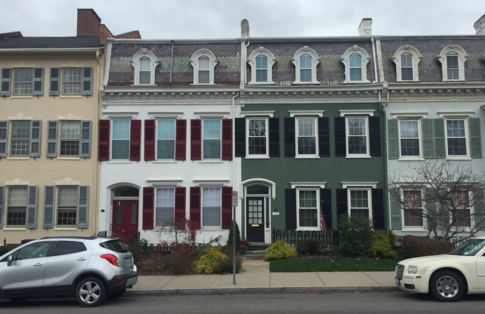 "Avalon  lay at the juncture of what had been two important stage coach routes. That from the west passed just north of the town square, where it continued on, touching most of the major resort destinations on its way eventually to Syracuse and beyond, to other towns named for ancient places. Utica, Rome, Troy.  The other came out of the North, passed through town, and followed the lakeshore for some miles before crossing the lowlands at Ovid to Cayuga Lake, where it continued South to Ithaca.  The remembered wealth from those days a century and a half earlier still remained in the form of the meticulously kept row houses that were stacked side by side along the road up the hill which led out of town. It could be seen in the grand Center Street Theatre, one of the very few left of its era anywhere. And it could be seen as well in the great brick brutes which hunched about me in the evanescent gloom, at the furthest extremities of my snow-obscured vision. Around me, the twenty-first century seemed tremulous and weak.

Book 1: The Name of the Father

Carla lived long into her nineties as did her devotion to temperance, and thus her influence on the community outlasted that of prohibition.  It is likely why today there are wine trails - and tourists - which follow the shores of nearly all the Finger Lakes except for that of Iroquois Lake.  Residents continue to debate the value of that particular aspect of her legacy.

Avalon, NY is a small town in the Finger Lakes at the northern edge of Iroquois Lake which is sometimes referred to as "The Forgotten Finger Lake" because it tends not to get the same attention as its bigger neighbors, Seneca and Cayuga Lakes.

Famous principally for its cemetery, which has one of the few remaining civil war tower monuments left of its kind, Avalon is a small community that is proud of its history.

Of the many well-known figures that are buried in Avalon Tor Cemetery, the most prominent would certainly be C. William Halberd or "Carla" as she is known affectionately to locals. Younger than both Elizabeth Cady Stanton from nearby Seneca Falls and Susan B. Anthony from Rochester, she was an active abolitionist in her youth.  An avowed pacifist however, young Carl donned women's clothing when old enough to serve, and never stopped.  Self-identifying as a woman and changing her name to Carla, she would become most famous as a leader in the temperance movement and for founding the college which still bears her name.  ​

The Gazebo in winter, Avalon, NY

"Most of the land beyond the bridge belonged to C. William Halberd College.  Even at night in the gloom of the storm its buildings were visible, lit by street lamps, and the occasional glow of a lit window pane. The campus of the college dated back to the late nineteenth century. Parapets and ivy-covered walls gave it the proper somnolent appearance befitting a small but well-endowed private liberal arts college.  The architecture spoke of an age when most public buildings, including churches, prisons, high schools, and yes, colleges, were designed to exude a medieval formality."

--Iain J. Christopher,
from the Introduction 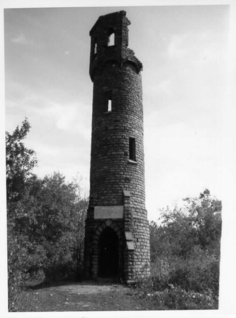 "On my left, a gazebo of the kind that promised string quartets and brass bands in Summer stood spidery and empty.  Beyond, loomed the hulking shapes of houses in a town that had not grown appreciably since the days of the steam locomotive."