When Iain and I discussed the possibility of working together on this project, I moved pretty quickly toward the idea of bringing an artist on board who would be able to help us bring Elias Koenig's vision of Qapar and the Four Worlds to life.

Iain was immediately thrilled with the idea.   But where could we go?  As a self-funded project, we didn't have the deep pockets or the kind of development budget that I had managed back when I ran project teams for major educational publishers.  As it happens,  I had been playing around with the idea of a graphic novel project for a while, so I started poking around the clearing houses where writers and artists would meet up to do projects online.  I was encouraged by what I saw there.

But Iain was hesitant.   He had already encountered a lot of controversy around his study of Elias Koenig's work, and he thought that using 'comic book artists' would only further contribute to his slide towards ignominy.  Then I showed him Kevin's work.

Iain warmed up right away.  We ultimately tried out three different artists, but the quality of the work, and the quality of the collaborative exchanges we were able to have with Kevin, even though we were separated by an ocean and a bunch of time zones, was really telling.  In the end, there was no contest.

In educational publishing, the writing process is very team-focused and collaborative, followed by long stretches in which we all go away and do our work.  But we are always coming back to the table to check in: to coordinate software development, the art program, design, as well as of course, authoring and manuscript development.   I had never expected to encounter any such similarities in the process of doing this project, but once we decided to create this site I was thrilled with the opportunity to lift the curtain somewhat on a creative process that people might actually have some interest in.

What you will see below are the continuing series of exchanges between the author team and artist as we slowly give life to the Four Worlds and reveal The Hidden Histories. There is a lot of back and forth that goes on as you will see, but it always ends the same way: with me and Iain staring at our screens in slack-jawed amazement, thanking the Three, the Twelve, and the One for sending us Kevin. 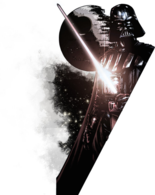 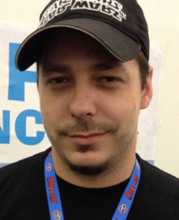 Envisioning Tabyr: or, Kevin finishes work on Aliens to work with ... who?! 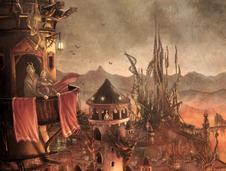 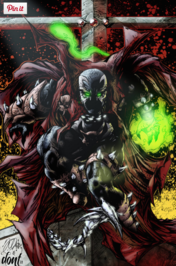 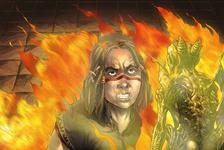 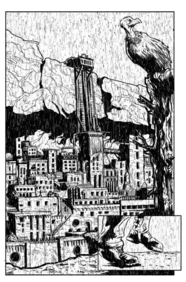