Upon seeing it, Iain immediately loses his shit.

I was really impressed that he had decided to go ahead and provide so much background work, including sketches of Rovens (Tabyr grown up), who doesn't even appear in the book until the very end.  While we would go back and forth a couple more times on the look for Tabyr, he had nailed Krewgkyrie from the get go.  Iain and I settled on a fusion of versions of 2 and 4 and let Kevin know how pleased we were.

​Several days later we received his first take on the scene itself.

Of course Google Image search is always useful.  Iain and I were trying to find examples of 'real people' wearing dreads to get a sense of the various hairstyles we saw the Duerkin wearing when we happened upon this picture of Jason Momoa.

"Even better," he said. "We won't need to teach him how to swing a sword."

"Why would we need to do that?" I asked, perplexed.

"For when the movie comes out of course - what else?" Iain said it like he was making a shopping list.

I then explained to Iain the exact likelihood of that ever happening, but he just shrugged, nonplussed.

Tabyr and Krewgkyrie in the heart of the Cooked Palace, finished version. 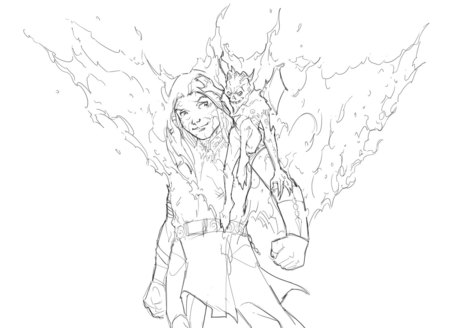 or, Kevin finishes work on Aliens to work with ... who?!

This scene of Tabyr and Krewgkyrie is from chapter 1 in The Name of the Father and there was never really any doubt in my or Iain's mind about what our first image needed to be.

Tabyr has lots of friends, and earns several nemeses, but his relationship with Krewgkyrie is unique as it is Krewgkyrie who really initiates Tabyr's heroic journey.   He is the fairy-tale or fable-like presence who first peels back the curtain on Tabyr's world and reveals the complex, magical world that surrounds Tabyr and into which he must venture if he is to discover the truth of his parentage.

I had reached out to several artists and described a bit about the story and who Tabyr and Krewgkyrie were, and provided the excerpt we wanted them to illustrate.  Kevin was very quick to reply and had some initial ideas which he provided in the form of a few character sketches. 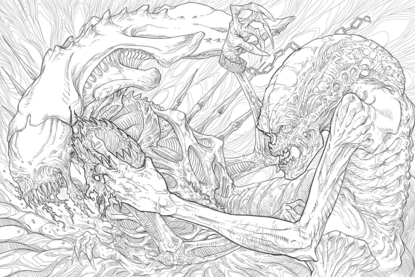 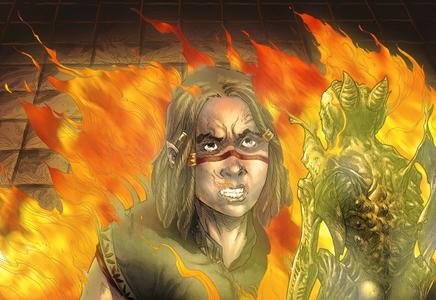 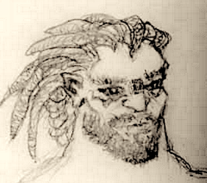 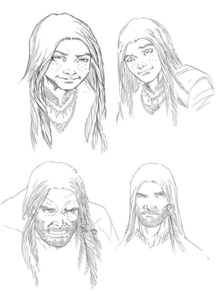 Rob Carey was one of the other artists we tried out. He submitted a strong version of the scene we were looking for.  We liked his work a lot.  He just wasn't Kevin. 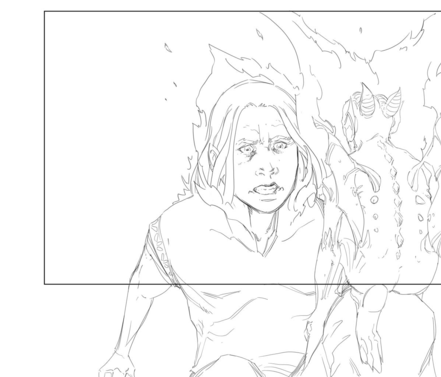 Whenever I'm trying to sort through a 'look' for one of the characters, I tend to use various tools.

Sometimes I sketch with pencil and paper such as with this drawing of Rovens (Tabyr grown up): 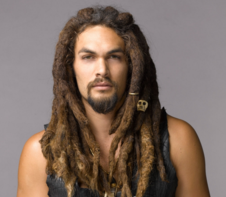 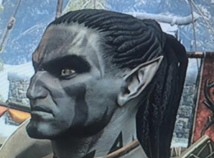 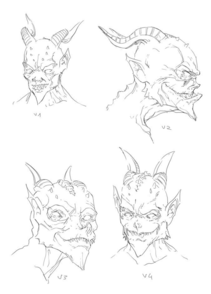 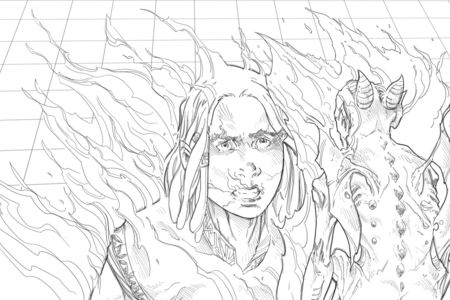 Several hours later he sent me another, even better, version:

Over the next several days we'd received the final submission from one of our other two candidates.  Another candidate was radio silent, and surprisingly, so was Kevin.  Kevin was never radio silent.  Iain was starting to panic.

"Let's just go with Rob - he did a great job. We just gotta go with Rob.  He's gonna be at Comicon and we can meet him face to face there!"

"But what about the ass-crack?" I asked.  Iain was having a hard time with that part of Koenig's scene, and the artists' depictions of it, which invariably seemed suggestive to him.  I liked Rob's work quite a bit but Kevin and I had established a very strong rapport and working relationship over email.  His responsiveness and professionalism was something I knew was invaluable when working on projects like this, so there was absolutely zero chance of me pulling the trigger on this without seeing his final.  As tempting as it was to meet with Rob at Comicon, I was not going to be able to make that anyway as my life was coming apart at the seams. We'd had a huge flood in our apartment from our neighbors upstairs and everything was in chaos.  I emailed Kevin to find out what was going on.

He got back to me right away and was incredibly apologetic.  Apparently, he was working on a project for 20th Century Fox and he was working against a deadline.  The project was Alien Resurrection.  He thought we might be interested in what he was working on so he sent along a couple of his images.   Within seconds the phone rang.  It was Iain.

"Did you see those pictures? They're amazing!!!" Iain was screaming into the phone and I knew he would be pacing like he always does when he gets excited.  His phone signal was crappy in his apartment and whenever he started to pace he would go in and out of coverage.  "WHAT ... HOW ... SHIT ... GOD ... " he was yelling, but I was only getting every third word.

On his end of the line, Iain had gone quiet, and I wondered if I'd lost him for good. But he was still there.  When he spoke again, his voice was reverent.  Church-like.  "Kevin is finishing up his work on Aliens to work with ... who?!?"

​The next day, Kevin sent us his final image.  We told him he had the job.​

But frequently I will use video games to hone in on 'archetypal' looks for races and characters.  This is a character build I did for Taral, who is sort of the 'uber-Duerkin,' the prototype for the last tribe of the Ildur.  I crafted this using the character building tools in Elder Scrolls Online.  I have also gotten strong concept looks using Dragon Age Inquisition and Mass Effect 3.

This is a great example of how early concepts shift around into different layouts. Again, Krewgkyrie was perfect, especially the 'Gargoael flames' that surrounded him.

But we were still trying to land on a look for Tabyr. The breakthrough came when we decided to flip the scene into an over the shoulder shot (below).

I wrote back to Kevin and made the suggestion.  Within hours he sent me back a new version. The lines, he explained, were where he was planning to crop the sketch in future versions.​  It was exactly what we'd been looking for.  It was a more dramatic rendering of the scene, lending a sense of mystery around Krewgkyrie and focused on the emotion on Tabyr's face which was gripping and real.